As Microsoft showcased its new SharePoint 2013 and the SharePoint online upgrades to its Office 365 service this week, it raises the question of how far organizations are willing to go to phase out their premises-based software in favor of shifting everyday work to a service-based model.

That’s not to suggest that organizations will or should scrap their SharePoint deployments in favor of Office 365 or some other instantiation of Microsoft’s collaboration platform that’s subscription-based or hosted elsewhere. It’s not an either/or proposition. But Microsoft left little doubt it wants you to gravitate to the SharePoint Online component of its Office 365 service. 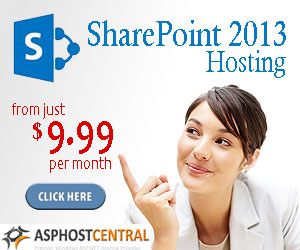 “We really recommend moving to the cloud for the best experience overall,” said John Teper, the Microsoft corporate vice president known as the “father of SharePoint,” speaking in his opening keynote at the annual SharePoint Conference in Las Vegas Monday. “We understand not everyone is there yet. This will take time. People who want to run their own servers, that’s great. We have the best server release we’ve ever done in SharePoint 2013. The thing you should take away from our cloud focus is all we’ve learned about optimizing the system and deployment and monitoring, we’ve put into the server product and put into the deployment guidance.”

SharePoint 2013’s “Cloud-First” model follows in the footsteps of Microsoft’s promise that it will deliver infrastructure software and applications as a cloud service first or simultaneously with the release of the on-premise version of its key products. That came to life with last year’s CRM Online Dynamics CRM duo. Now Microsoft is employing the same approach with the latest version of SharePoint Online in the Office 365 service and SharePoint 2013.

One of many distinctive new cloud features in SharePoint 2013 and SharePoint Online is the new SkyDrive Pro, an evolution of the SharePoint Workspace. SkyDrive Pro raises the bar in synchronizing content between SharePoint Sites and workers’ various devices. SkyDrive Pro is modeled after the consumer-based SkyDrive service, except it’s built into SharePoint, which allows IT organizations to manage it.

Experts are predicting more rapid than usual uptake for the new release of SharePoint and Office 365, primarily due to the major overhaul of the SharePoint experience, which brings enterprise social networking to the forefront.

A Forrester Research poll of 153 clients who already have SharePoint found 68 percent of respondents planned to introduce the new version within two years (37 percent within the first year and 31 percent within the second). What’s interesting about that finding is 70 percent of that sample said they already have upgraded to SharePoint 2010, which is unusual since organizations typically skip subsequent releases to amortize their investments.

“This is conjecture here but it could be around the social experience,” said Forrester analyst Rob Koplowitz in an interview. “The feedback on the social facilities in SharePoint 2010 was pretty dismal. That might be the driver but others include the need for improved document and records management. Also, it could be they’re trying to move to a more stable development environment.”

In the annals of Microsoft’s cloud transition, 2010 will be remembered as the year CEO Steve Ballmer proclaimed the company is “all-in.” With the revamp of SharePoint and Office, we may get our biggest sense yet how many Microsoft’s customers are all-in.